Videos, sermons, devotionals, links for easy acess to other websites, and a lot more. 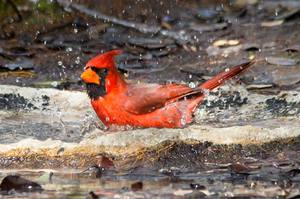 We started this ministry in 2008. The idea behind this website is to get as many Christian family trusted website all in one place. The main objective is to help people getting closer to God. And that Includes everyone. My life was changed after watching and listening to some sermons available on these websites and I would like everyone to get this experience, even if you already know Jesus.

Go to our history for more details.

The Revenge of the Fire Ant
I never understood why this one ant was called the fire ant. I thought it was because its color was fire red. Well I learned the hard way why this one ant lives up to its name. Fire ants bite only for the purpose of getting a good solid grip of your skin, and then they use their stinger to inject toxic alkaloid venom called Solenopsin. This venom creates a sensation that feels like your skin is on fire.
Well, I have been on fire for several days. The skin expands as the venom works its way under the skin. How did this happen? We were cutting some over populated trees in the back yard and came across a ground nest. Well they came out to observe what all the commotion was all about. I stepped on their beautifully sculptured mound by accident and the rest is history. These small insects came out with hostile intentions. I kept working on the trees and branches trying to make the backyard look like a park. Well one or two made it to my shoe and worked their way up my socks, up my legs, and served me two summons. The first citation was for destruction of property, and second citation for leaving the scene of an accident. I felt movement, and slapped my pants but didn’t realize what was happening. Then I felt one sting. Then another. Then my pants caught on fire. It was an internal combustion that I wish I never experienced.
Since we have two cats, and a border collie, I had to investigate further so that none of our animals confront these insects. Well I learned that the fire ants queen can produce up to 1,600 eggs per day. That's 11,200 eggs per week, 582,400 eggs per year. The queen can live up to 7 years. In a queen’s lifetime, she can produce over 4,000,000 eggs. They have soldier ants that even invade other insect’s nests. When combined as an army, squirrels, or other small animals that visit their colony are not able to withstand the combine toxins that they release.
What about us today? The enemy is like fire ants. He will bite us to hurt us. He intentionally will inflict pain to turn our minds and hearts away from a loving Savior. His sting will cause us to be distracted. But the Bible reminds us clearly that all the stings of the enemy will one day be over.   “So when this corruptible shall have put on incorruption, and this mortal shall have put on immortality, then shall be brought to pass the saying that is written, Death is swallowed up in victory. O death, where is thy sting? O grave, where is thy victory?” 1Corinthians 15:54,55
Today, we will keep getting stings that will hurt us. We will be walking by accident into areas that the enemy has step as a trap for us. But I need you to know that though we might suffer today because of the stings of the enemy, we have hope. In the book Sons and Daughters of God I discovered this passage of hope.
“Moses was bidden to lift the brazen serpent on the pole, and make the proclamation that whosoever should look upon it should live. And all who looked, did live. They recovered health at once.... What a strange symbol of Christ was that likeness of the serpents which stung them. This symbol was lifted on a pole, and they were to look to it, and be healed. So Jesus was made in the likeness of sinful flesh. He came as the sin-bearer.... The same healing, life-giving message is now sounding. It points to the uplifted Saviour upon the shameful tree. Those who have been bitten by that old serpent, the devil, are bidden to look and live.... Look alone to Jesus as your righteousness and your sacrifice. As you are justified by faith, the deadly sting of the serpent will be healed.“ Sons and Daughters of God. p.222-3
May God bless you today, as He heals the stings of this world.
Angel